The Cold War was a period of sharp confrontation without conventional warfare between mainly the Soviet Union and the United States from the end of World War II until about 1990. During the Cold War, there was never open war between the superpowers the United States and the Soviet Union, but the term Cold War makes it clear that it was not a period of security and harmony in the world.

The Cold War was a period of sharp antagonism between the communist Soviet Union and the capitalist United States, as well as their respective allies. The Cold War lasted from the end of World War II in 1945 until around 1990 when the Soviet Union dissolved. Sometimes people talk about two cold wars. The first from 1945 to the mid/late 1960s. The second was from the beginning of the 1980s until the dissolution of the Soviet Union. The period in between consisted of relative détente and in that case does not count as a Cold War, but nuclear armament continued throughout the time period. The period was dominated by what is known as the balance of terror and the arms race between the two large blocs that were divided into East and West.

The end points of the conflict include the fall of the Berlin Wall in 1989, the reunification of Germany in 1990 and the collapse of the Soviet Union in 1991.

During the Cold War, there was an intense arms race between the United States and the Soviet Union that neither the United States nor the Soviet Union could or wanted to put an end to. It was a power struggle driven by the military-industrial complexes in both countries. Both states had nuclear weapons aimed at each other, ready to be fired within minutes. Advanced warning systems were built to be able to identify an enemy nuclear attack and respond to the attack with a counterattack – before its own territory had time to be hit.

This plunged the US and the Soviet Union into a seemingly uncontrolled arms race fueled by mutual suspicion. Both states built increasingly dangerous weapons ready to be fired at a few minutes’ notice, so-called high alert. It was a policy of deterrence based on the idea of ​​mutually assured destruction (MAD). That the world tolerated this risk of destroying the entire world is politically enigmatic, but can be explained by the great political tensions between East and West.

The arms race reached its peak in 1986 when the two superpowers together had 70,500 nuclear weapons with an explosive power to destroy human life on earth several times over, what in English is called overkill capacity.

The Cold War left its mark on all international politics during the 45 years it lasted. Armed conflicts in Africa, Asia, Central America and South America were often fueled by the superpowers taking sides in a national or regional conflict and supporting them with weapons and money.

At the first United Nations General Assembly in January 1946, member states passed a resolution creating a commission tasked with working to eliminate nuclear weapons from the arsenals of all nations, so far only the United States had nuclear weapons. The United States worked out a plan for how the abolition of nuclear weapons would take place. The plan was named after the man who presented it, Bernard Baruch. 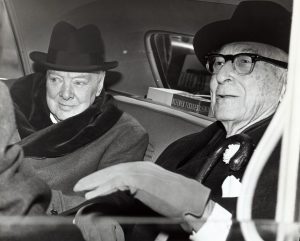 According to the Baruch Plan, the use of nuclear power and other atomic energy activities would be placed under international control. The countries of the world would agree that nuclear power could only be used for peaceful purposes. The countries would also promise never to acquire nuclear weapons. Not until the international control system was complete would the USA’s own nuclear weapons be destroyed.

Balance of terror and MAD

The arms race between the two great powers was a fact. The United States and the Soviet Union spied on each other’s nuclear arsenals, and every time one was suspected of increasing its arsenals or acquiring a new type of nuclear weapon, the other followed suit and happily outsmarted the enemy. It led to an arms race that neither the US nor the Soviet Union could stop, because there was a risk that the enemy would have more and more powerful nuclear weapons. Both states had nuclear weapons aimed directly at each other’s territories, ready to be fired within minutes.

During the Cold War, the superpowers applied a military doctrine called Mutually Assured Destruction (MAD). The doctrine assumed that both sides had enough nuclear weapons in their arsenals to wipe out the other in the event of a hostile nuclear attack. The expected course of events was that if, for example, the United States attacked the Soviet Union with a smaller nuclear weapon, the Soviet Union would immediately respond with a larger attack, which would lead to an even larger counterattack from the United States.

The result would be the very thing that gave the MAD doctrine its name – guaranteed mutual annihilation. In fact, a full-scale nuclear war between the superpowers would have wiped out not only the US and the Soviet Union, but most of the rest of the world. The MAD doctrine also assumed that none of the superpowers would dare to be the first to attack with nuclear weapons, since both states had so-called “launch-on-warning” systems.

“Launch-on-warning” means a warning system that detects an enemy nuclear attack before it has reached its target and thereby immediately launches a counterattack. The risk of a war by mistake or due to misunderstanding was always high. On several occasions during the Cold War, the world came close to making mistakes that could lead to the death of all of humanity.

The MAD doctrine gave rise to what is referred to as the Cold War balance of terror. The massive nuclear arsenals capable of annihilating enemies and friends alike deterred the superpowers from using their nuclear weapons. It became a balance on a very thin thread that kept the world in constant fear.

Although the Cold War is long overdue and the arguments for keeping nuclear weapons are no longer tenable, disarmament in the United States and Russia is proceeding slowly. The states still have parts of their nuclear weapons on the highest alert level, ready to be fired within minutes.

1962 is considered to be the year that the superpowers were on the brink of nuclear war with the event that has come to be known as the Cuban Missile Crisis.

Cuba had good relations with the communist Soviet Union after Fidel Castro took power on the island in a military coup in 1959. In an effort to overthrow the Castro regime, the United States trained exiled Cubans in the military. In April 1961, 1,500 CIA-trained Cuban exiles landed in the Bay of Pigs in Cuba in a failed attempt to overthrow the communist regime. It took Castro’s troops three days to defeat the invaders. 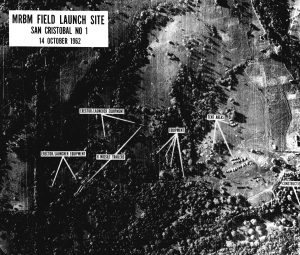 After the US invasion attempt, Fidel Castro sought military help from the Soviet Union. On October 14, 1962, American reconnaissance planes flew over Cuba and took aerial photographs, it turned out that the Soviet Union was building bases for nuclear-armed missiles. The bases would mean that Soviet missiles would have a range over large parts of the North American continent. It was also suspected that some of the bases could be completed within 14 days.

The Americans wanted to prevent this. An airstrike, followed by another invasion was at first the closest option. But the US feared countermeasures that could quickly lead to full-scale nuclear war. A two-week diplomatic conflict between the United States and the Soviet Union ensued.

Many high-ranking military personnel within the US government were in favor of a military intervention. But US President John F. Kennedy chose another option, blocking all shipping to Cuba so that Soviet ships could not bring in more equipment and complete the missile launchers. Since a blockade is considered an act of war, the US, after discussing the issue with the OAS (Organization of American States), chose instead to call the action a “quarantine”. 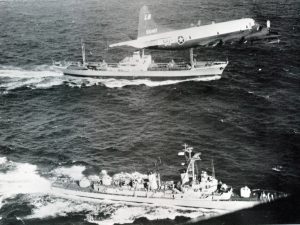 Blockade of all shipping to Cuba.

When the Soviet ships on their way to Cuba reached the “quarantine border”, the situation was extremely tense. They were closer to the brink of nuclear war than ever, and for a few days the whole world held its breath. However, the Soviet ships turned around and returned to the Soviet Union.

But the crisis was not over. The US considered the threat to remain, as some of the missile launchers were believed to have already been completed.

The world political situation was now so tense that no open solution existed. Through messages between the two leaders, they finally managed to reach a solution. The Soviet ramps were to be dismantled, on the condition that the US promised never to attack Cuba militarily again. The agreement also stipulated that the US would dismantle the US missile facilities that were in Turkey.

Shortly after this crisis situation, a “hot line” was established between the leaders of the two great powers, in order to avoid nuclear war due to hasty conclusions or mistakes.

The United States and the Soviet Union spied on each other’s nuclear arsenals, and every time one was suspected of increasing its arsenals or acquiring a new type of nuclear weapon, the other followed suit, happily outdoing the enemy. This led to an arms race that neither the US nor the Soviets could stop, as there was a risk that the enemy would have more and stronger nuclear weapons.

Both states had nuclear weapons aimed directly at each other’s territories, ready to be launched within minutes.

1962 is considered to be the year that the superpowers were on the brink of nuclear war with the event that has come to be known as the Cuban Missile Crisis.

The Soviet Union was building bases for nuclear-carrying rockets in Cuba. The bases would give Soviet missiles a range over much of the North American continent. A two-week diplomatic conflict between the US and the Soviet Union ensued.